Using an RSS Reader you can access most recent stories and other feeds posted on this network. 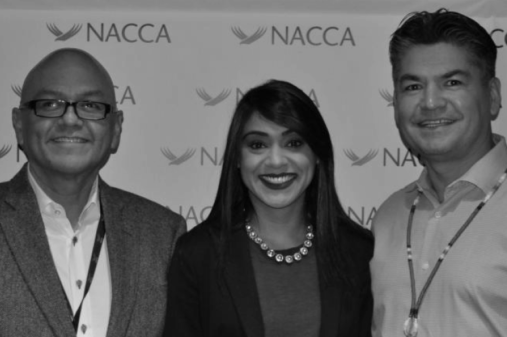 When Prime Minister Justin Trudeau announced, in a surprise move last summer, that the government would split Indigenous and Northern Affairs Canada (INAC) in two, many stakeholders in the Indigenous community viewed the move with cautious optimism, with some skeptical about how much would actually change in the government’s approach.

Shannin Metatawabin, CEO of National Capital Corporations Association (NACCA), was among those early skeptics who viewed the department’s dissolution as a continuation of past relations.

Philpott spoke about establishing a “new fiscal relationship,” but to Metatawabin that doesn’t necessarily signal that her department is responsible for addressing NACCA’s concerns.

“We have to make assumptions because the responsibility for economic development is under her [Philpott] shop as far as I know, but we haven’t been told,” he said, adding that it can be frustrating not knowing exactly where to direct his concerns.

NACCA represents more than 50 Aboriginal Financial Institutions (AFI), which were created in the 1980s to provide loans and support to Indigenous-owned enterprises that would otherwise face barriers to securing loans from traditional banks.

Economic reconciliation, Metatawabin said, is only possible if the government is committed to “closing the gap” in opportunities available to Indigenous people.

Still, as more details trickle in about Ottawa’s plans for pursuing reconciliation, NACCA has been actively meeting with Philpott’s aides to further the dialogue on economic reconciliation and to ask for a funding boost.

An estimated $35 million in additional funding is needed, Metatawabin said, to cover a funding shortfall that is affecting the AFIs’ day-to-day operations and ability to meet the growing demand for loans.

For its part, Indigenous Services said it has been working with NACCA and the AFIs to review its funding request. In an email, Valérie Hache, a spokeswoman at Philpott’s office, said NACCA currently receives $34 million in annual funding, with support also coming from the Innovation ministry.

For much of their existence, AFIs have had a low national profile. Things have started to change under Metatawabin’s direction since he took the helm about a year ago, said André Jette, communications director at NACCA, in an interview.

NACCA hired a lobbyist last year and registered its plans to lobby Ottawa. Consultant Neil Mackie with MPAL is registered to lobby on its behalf; no communication reports have been filed.

NACCA has also been reaching out to other departments, including Innovation and Economic and Social Development Canada to bolster awareness of its work.

“Who says we have to get our funding from one department? That’s why we’re talking to Agriculture, for instance,” he said. “Maybe we can get smaller pieces of funding to help us with what we’re trying to accomplish.”

When asked why it hasn’t been able to secure significant funding increases in years past, Jette attributed it in part to a lack of resources to promote its agenda.

“Maybe we weren’t loud enough. It’s almost like a catch-22 situation,” he said. “We don’t have enough funding to show the proper research on the impact we have..… We have to show them it’s a good investment.”

With the Canada’s Indigenous population growing about four times faster than the rest of the country — and more self-identifying as Indigenous — Jette said that there is a need for the government to increase its support.

Over the past year, NACCA has also been trying to build interest in establishing what it’s calling the Indigenous Growth Fund.

Whereas AFIs initially provided loans to help mom-and-pop shops get off the ground, they have increasingly given seed funding to other enterprises looking to build a national profile.

With the fund, NACCA wants to be used to finance large-scale projects beyond the scope of what AFIs typically support. For example, a First Nations community might choose to take out loan to have a stake in a resource-development project.

NACCA is hoping to secure $400 million from a variety of sources, including buy-in from Canadian banks, to set up the fund. Though it has yet to be established, Jette sees the fund functioning as a subsidiary of NACCA, similar to how the Business Development Bank of Canada operates its capital fund, which provides venture capital funding.

“We’re asking for no different than that,” he said. “We have a segment in Canada that we have to address, and that’s the Indigenous community. We need the same type of commitment.”

This article comes from NationTalk:
https://qc.nationtalk.ca

The permalink for this story is:
https://qc.nationtalk.ca/story/campaign-spotlight-indigenous-group-pushes-for-funding-boost-to-support-entrepreneurs